The Yale-Edinburgh Group: A Collegial Conference about World Christianity

Truthfully, what do you remember most from academic conferences?

The professional answer: I was inspired by certain talks. The 2019 Yale-Edinburgh Group meeting kicked off with Dana Robert’s survey of the field of World Christianity from her perspective as one of its pioneers. Early twentieth-century missiology became mission studies as the Western missionary enterprise gradually shrank. Postcolonial critiques challenged the link between missions and imperialism, triggering the shift towards research in indigenous Christianity. However, non-Western researchers, especially the late Lamin Sanneh, reappraised the contribution of missionaries and began to produce more nuanced views of non-Western Christianity as a result of interaction between missionaries and indigenous Christians, rather than one or the other. This theme was consistently demonstrated in the forty-odd papers delivered by theologians, historians, pastors, sociologists, and anthropologists rallying to the call for papers on the subject, ‘Diversity and Difference in Custom, Belief, and Practice in the History of Missions and World Christianity’. The conference took place over three summery June days at Yale Divinity School. With an international attendance of over 100 delegates from every continent except Antarctica, I came away with a memorable glimpse into the diversity of Christianity worldwide. This will help me to contextualize my research on South China Anglicanism.

But what else do I remember?

After all, conferences are more than ‘professional’ and memories need not be confined as such. For instance, a colleague rightly observed that the Yale-Edinburgh Group originated from the friendship between the late Lamin Sanneh and Andrew Walls, both of which made important contributions to the study of World Christianity. If not for their friendship, there would not have been such a gathering, which has met in good cheer every year since 1992 (except in 2020, of course).

In the same way, it seems to me that the ideal academic conference consists of both the professional and the personal. I cannot separate inspirational ideas from getting to know colleagues outside the context of panel presentations. I met a pastor from New York who offered insight on the contribution of laypeople within the shifting face of ordained ministry. I was amazed at a Belgian PhD student who had just become a father not long ago and promptly flew home after the conference. I heard about the strengths and limits of Scandinavian socialism from a bona fide Dane. I learned from a Houstonian student that Texan folks were proud of their healthcare. Surrounding all this was the touching hospitality of the conference organizers: students at Yale Divinity School helped to run the entire conference while the Overseas Ministries Study Center hosted a hearty lunch to provide closure for the conference.

My wife asks me how the conference went. I give her the full, but concise answer.

I felt encouraged. The same cannot be said of all academic conferences: choose wisely! I am grateful for the organizers and participants, who set the tone for the friendly but inquiring culture of this conference. It is always a breath of fresh air to see what others are researching and rediscover one’s love for learning. It is heartening to interact with listeners who are interested in my research in the same way I find their work interesting. It is equally reassuring to learn from others about juggling research with other commitments. It is always fascinating yet humbling to learn about lives lived elsewhere. There is something innately human about empathy. It is at its best when extended to all realms.

As I write this reflection, virtually all academic conferences have been cancelled due to Covid-19 (except virtual ones). At a recent Zoom conference, the convener rightly lamented that discussions after papers could not unfold fully due to limited time, before remarking how it would have been better to be talking over lunch, coffee, and beer (but not all at once). I concur with her lament. If anything, this season has reinforced my conviction that physical gatherings are fundamental for both professional and personal reasons, and I look forward to their gradual resumption. 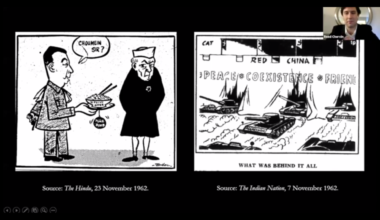 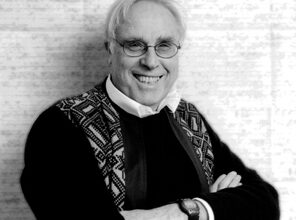