‘At either end of Wanchai on Queen’s Road East there is a Methodist church. One is English speaking and largely expatriate, the other is Cantonese speaking and exclusively Chinese.’ (Smith 1995, 108)

The two Methodist churches on either side of Wanchai (2020)

For reasons unknown, I have remembered this observation about the two Methodist churches on either end of Queen’s Road East. Carl T. Smith used this observation to introduce a chapter entitled, ‘Wanchai: In Search of an Identity’, in which he went on to explain the peculiarities and inconsistencies of this locale in Hong Kong in both past and present. What is unusual is how this detail has stuck with me despite hours spent in over a hundred other monographs and articles on the history of Hong Kong and Chinese Christianity. Upon further reflection, I realize a substantial amount of Carl Smith’s research lingers in my mind, from his unconventional study of nineteenth century Hong Kong Chinese wills to his work correlating early Chinese business elites with mission school education (Smith 1995, 3-37; 2005, 34-51). This begs the question: what is it about his research that makes it so distinctive and memorable? Three thoughts come to mind.

First, Smith is a storyteller. His research does not read like a statistical report or plain commentary, but a narrative with setting, characters, and plot. What took place at the early mission schools in Hong Kong? After explaining the backstory of their mission, Smith uses the emotional reflections of early educators to illustrate the contentious clash between Western pedagogies of training the mind for creative thought and Chinese conservative models of rote learning through traditional texts. Rev. Samuel Brown thought the students in his classroom demonstrated ‘passive inanity’, not realizing the root cause was the fundamental clash of teaching and learning philosophies (Smith 2005, 13-33). Other stories include that of Ng Akew, the poor Tanka boat girl, who ended up marrying an American opium smuggler before establishing herself as an independent landowner in colonial Hong Kong, as well as the drama surrounding the introduction of the Child Labour Ordinance in 1923 (Smith 1995, 213-39, 266-76). As with any speech or documentary, most people tend to remember the stories and details. By unravelling the past through stories, Smith makes research especially memorable.

Second, Smith examines aspects of social history which are so unusual that they leave an indelible impression. Who could imagine reconstituting the growth of a district through land sale records and government directories, or recounting the story of the early Parsee and Jewish communities of Hong Kong through burial records and newspapers (Smith 1995, 87-107, 389-413)? Such tasks turn most others away, for they would have been folly without the help of a digital search engine. Yet, Smith delivered studies in these areas after meticulously compiling data over 25 years, noting down individuals and places on over 140,000 cards (Wong 2010, 231). This collection is second to none in Hong Kong history, so much so that the Government Records Service offers access to the renowned ‘Carl Smith Collection’ as a reference point for those exploring nineteenth century Hong Kong. The ability to establish such a collection was connected to his position as an independent scholar. Without the obligation to generate research for job security, Smith followed odd and loose ends of Hong Kong history for their own sake. With a small pension from his former missionary agency and some part-time teaching jobs, Smith spent hours in libraries largely fuelled by his personal interest and supported by his own means (Wong 2010, 229-31). In effect, Smith’s approach to Hong Kong history capitalizes on the tendencies of some readers to remember stories that come across as unusual.

Finally, Smith curates History in snippets, rather than a single overarching thesis. There is something inherently human and relatable about this method. None express this better than Walter Benjamin in Theses on the Philosophy of History. ‘The true picture of the past flits by. The past can be seized only as an image which flashes up at the instant when it can be recognized and is never seen again.’ (Benjamin 1940, Thesis V) In other words, one can view the past only through fleeting pictures, as opposed to a vast, sweeping synthesis of all available data. Carl Smith, the historian who did in fact possess a broad awareness of all the records, chose to express History in snippets as opposed to a single grand narrative. To Benjamin, those who try to explain the totality of the past are like the angel of history, conducting the task in vain. The angel moves away from something he is contemplating. His eyes staring and mouth open, he faces the past, seeking to ‘make whole’ the increasing pile of wreckage which represents the growing mass of source material. Though he wishes to finish the task, the violent storm of progress ‘irresistibly propels’ him into the future to which his back is turned, while the pile of debris continues to grow skyward (Benjamin 1940, Thesis IX). Since the past is too complex to comprehend fully, Smith resorts to providing flashing images and snippets of colonial Hong Kong, which are more manageable for both researcher and reader.

Carl Smith passed away in 2008 at the age of ninety. Much of the academic recognition he eventually received arrived only well into his sixties (Wong 2010, 230-1). While his career as a missionary and historian comes across as unconventional, his legacy is undisputed. This brings us full circle to the original question: what is it about his research that makes it so distinctive and memorable? In my opinion, the central reason is how he gives character to the past. This can be likened to knowing someone. One becomes acquainted with a person not through biographical data, especially the type that is presented before a speaker gives a talk. Rather, one becomes acquainted with another over time by haphazardly piecing together their quirks, characteristics, and interesting stories. In a similar vein, this opens up further questions about the ways in which historians should go about making the past known to others, as Carl T. Smith as done in relation to Hong Kong.

Benjamin, Walter. (1940). ‘Theses on the Philosophy of History’. Retrieved from <https://libcom.org/library/theses-concept-history-walter-benjamin>, 21 April 2020. 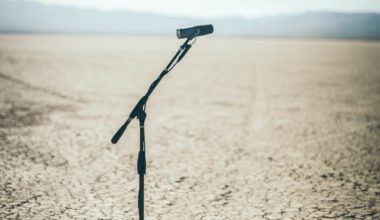 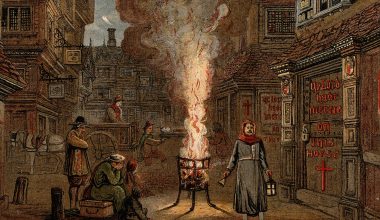